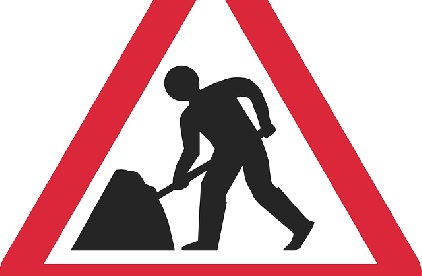 An open letter has called for a halt to months of disruptive roadworks in St John’s with one business calling the timing of the works “atrocious.”

St John’s councillor Richard Udall has pleaded with Worcestershire County Council to stop the “incredibly unpopular” roadworks calling on the council’s cabinet member for highways Cllr Alan Amos to work with the community rather than against it.

Cllr Udall said several businesses had told him they were suffering because of the works.

“County Hall does not know best,” the letter said. “No consultation has taken place with St John’s traders or residents, this is a scheme being imposed upon St John’s against our will.”

Cllr Amos said the council had consulted residents and traders and the “once-in-a-lifetime” scheme would improve St John’s.

Andrea Bourne, a director of barbers Barbertown in St John’s, said the timing of the roadworks was atrocious.

“We have been affected definitely but how much is hard to tell because of these unusual times.

“Considering the circumstances and considering we have been shut for nearly four months, the timing is atrocious. We have been open nearly four weeks now and really there has been no movement. Nothing seems to have been done.

“We know these things need to be done but the timing is very frustrating especially when now we need to be back up and running at full speed and these things are a real hindrance.

“There hasn’t seemed to be any joined up thinking in our view.”

Cllr Amos said: “This is a once-in-a-lifetime exciting scheme to rejuvenate St. John’s which residents and businesses have long rightly been calling for.

“It will improve traffic flows; reduce air pollution; improve pedestrian safety by improving the existing crossing at Henwick Road and building a brand-new signalised one by the roundabout; and lovely new pavements with historic block stones.

“Two rounds of 233 letters were sent out to local traders and residents and we received very little feedback indicating that they appreciate the enormous benefits this scheme will bring.

“The operatives on-site are in regular dialogue with the shopkeepers as the works proceed; and all the pavements and accesses to all the shops are open and safe so there are no impediments for anybody wanting to use the shops.”