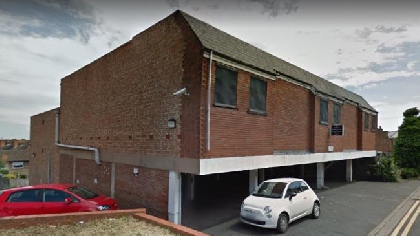 A former working men’s club could be demolished to make way for flats, new plans reveal.

Rainbow Hill Working Men’s Club in Mayfield Road in Worcester, which has been vacant since July last year, would be demolished and replaced with 22 new flats across two blocks.

The club closed last summer due to falling membership numbers and has been empty ever since.

The building has become the setting for anti-social behaviour including drug taking in recent months, according to the developer PM Finishers.

A total of 16 one-bed and six two-bed flats across three floors would be built as well as 22 car parking spaces.

Small amenity space with grass and trees would be built between the two apartment blocks.

A statement included with the application said: “The existing building on the site is a large, visually unattractive block which has seen various extensions and alterations over the years, most of which have been wholly unsympathetic to the surrounding built environment.

“The site offers a number of opportunities, not least the removal of the existing building which would be to the visual benefit of the surrounding area.

“The building is of a scale that dominates the surroundings, and consists of significant concrete and blank brick walls, offering a ‘dead’ and unwelcoming appearance to the surroundings.

“It is respectively suggested that there is no architectural merit to the existing building, which only negatively detracts from the built character of the surroundings.”

The plans can be viewed via the planning section of Worcester City Council’s website.

Consultation ends on May 6.