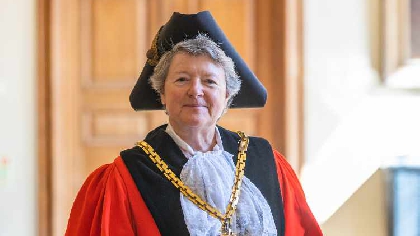 A new Mayor of Worcester was voted in at a virtual meeting of the City Council this week.

Cllr Jo Hodges has taken over the chain of office from the outgoing Mayor, Cllr Allah Ditta.

Her nominated mayoral charities are the Worcester Community Trust (www.worcestercommunitytrust.org.uk) and Light Box (www.stpaulschurch.co.uk/lightbox), a charity which provides a safe meeting place for young people in the city.