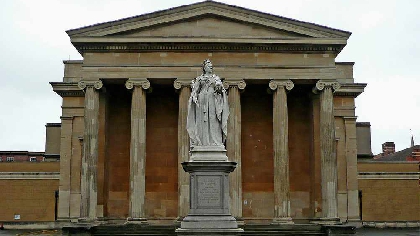 © Copyright Roger Kidd and licensed for reuse under this Creative Commons Licence.

A 28-year-old man has found guilty by a jury and sentenced to six years’ in prison for sexual assault.

Daniel Edwards, from Worcester, was convicted and sentenced at Worcester Crown Court following a trial that lasted five days.

Worcester CID Detective Inspector, Tony Garner said: "We welcome the sentencing of Daniel Edwards. He has been found guilty of sexual assault by penetration of a female in 2014.

“The victim has shown incredible bravery in coming forward, and although there may be more tough times ahead, I hope this sentence will help her have a sense of closure.”

“We want victims to know that they can contact police in complete confidence, we will treat their reports seriously, and this includes historic sexual offences.”