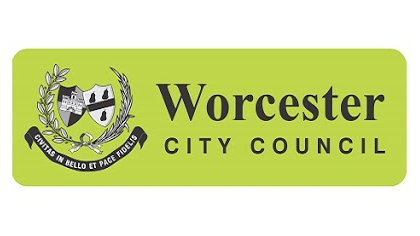 Worcester City Council has been forced to use almost £400,000 of its reserves to plug a budget hole after it saw car parking, one of its biggest earners, take a huge hit from major flooding and the coronavirus lockdown.

The move by the council to fill the £382,000 deficit in its 2019/20 budget comes after the amount of money it earns from running car parks across the city plummeted in the last few months of the financial year due to several huge floods and the start of the coronavirus lockdown.

The amount of money brought in by car parking and fines was almost £260,000 off what was expected.

Councillors unanimously agreed to plug the gap with reserves whilst also backing plans to top the reserves back up through the extra money made available as part of the city’s role in the government’s business rates retention pilot scheme.

Cllr Marc Bayliss, leader of Worcester City Council, said the extra millions from the business rates pilot meant the council was in a “good place” to be prepared for life after the coronavirus and the city would “hopefully” not be facing significant cuts as a result.

“While having any deficit on day-to-day spending is something that all of us will be slightly concerned about, I do want to pay tribute to the officers for getting it slightly down – particularly as the last few weeks of the financial year were affected by Covid plus the large impact of flooding which we saw twice in the city,” he said. “Our overall position was clearly affected by those.”

“The other thing is that our outturn in terms of the business rate pool does provide us with a significant buffer which allows us to replenish all of those reserves we have used this year and to put aside that £2 million for the ongoing impact of the recovery phase for the remainder of this year. That is a good place to be.

“The business rates pool does have its fans and its detractors and certainly business rates can be a source of income that is variable but, in this case, we do have an extra £2 million on top of the £1 million grant the government has given us, which hopefully this council will not be facing significant cuts in the next year.”

The business rates pilot scheme, which ran throughout last year, allowed councils to keep more of the money it collected through business rates which meant more money stayed in Worcester.

The continuation of the business rates scheme has yet to be decided by the government after several delays meaning it cannot yet be known whether the extra money will be made available in future years.