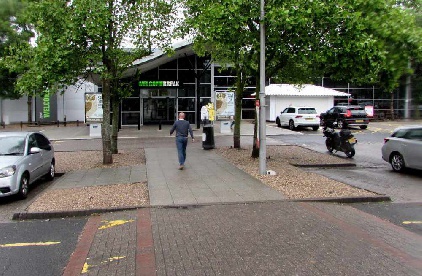 Police are appealing for witnesses or information following a report that a man had exposed himself at Hopwood Service Station, just off the M42 in Bromsgrove.

The incident happened in the service station car park on Sunday 31 May at 12pm when a man stood by the passenger side of his car, exposed himself to two women and then performed a lewd act.

The man is described as aged around 55-years-old, approximately 5ft 4in tall, with a bald head. He was wearing blue shorts, a pink top and black sunglasses. He was driving a silver BMW 1 Series M Sport - the registration plate ended with the letters FBF.

Investigating officer PC Kulwinder Singh said: “We are following a number of lines of enquiry as part of this investigation and we’d like to speak to anyone who may have seen this man or have any information relating to the incident. We believe the offender also stopped at Strensham Services on the M5 just 20 minutes before he stopped at Hopwood.”

Anyone with information is asked to call West Mercia Police on 101 quoting incident 22/44940/20. Alternatively, information can be given to the independent charity Crimestoppers anonymously on 0800 555 111.

Image Credit: © Copyright Jaggery and licensed for reuse under this Creative Commons Licence.