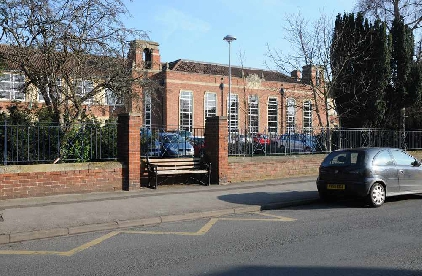 © Copyright Philip Halling and licensed for reuse under this Creative Commons Licence.

A teaching union has said it would be unsafe and dangerous for schools to ‘reopen’ next week and would create a “hotbed of infection” leading to a second spike in coronavirus cases.

County union leaders from the National Education Union (NEU) said opening schools to more than just the children of key workers and vulnerable children in Worcester on June 1 would not be safe and more children should only be returning to school when the risk was much lower.

Some of the county’s primary schools will be reopening to its youngest pupils in Reception and Year 1 as well as children in Year 6 from next Monday (June 1) as part of Prime Minister Boris Johnson’s plan to start easing coronavirus lockdown measures.

Schools were closed to students except for the children of key workers and vulnerable children on March 20.

Stephen Baker, joint secretary of the state education branch of Worcestershire NEU, said widening the scope for schools next week would create a “hotbed of infection” as well as cause a second spike and the proposed test and trace system was not fit for purpose.

“The government had significant teething trouble with the launch in April of its original testing regime, only meeting its deadline of 100,000 tests on the deadline day itself and not for some time after,” he said.

“We are told there will be a test and trace system ready by June 1 but the track record of the government on getting things ready leads us to doubt its effectiveness. Nor do we think the plans in Worcestershire for testing and tracing are fit for purpose.

“They will not immediately test the contacts of someone who tests positive for coronavirus in a school; they will only trace and test contacts when there is a second case. That could be 14 days later. How many more people will have been infected in a school environment by that time? What are the plans for self-isolation when that first person tests positive? We do not know.

“Reopening more widely on June 1 risks creating a hotbed for infection in our schools and a second spike.”

Worcester MP Robin Walker said schools would be safe to reopen as long as it was done carefully. He said the government had approached it sensibly and teachers had demonstrated in the last two months that children could remain in school safely.

“I’ve had headteachers express some concerns to me about the fact that the guidance does keep changing but it is right to make sure the guidance is up-to-date,” he said.

“Schools are obviously places where people are under a certain degree of discipline and are managed environments and they are environments that have to have good facilities for handwashing and that kind of thing.

“If the approach is a careful one, I think there are very good reasons to think that they can be a very safe environment. I think teachers have demonstrated that through the period we have just seen, where they have been supporting small numbers of children, even through the school holidays, to be in school safely.

“I think as the whole country moves forward to a different type of management of the virus – less lockdown and a more targeted approach to individual outbreaks – I think the key is going to be make sure that we can do things in a sensible way.

“I think the approach to opening schools has been a sensible one, it has been safety first, and of course if schools raise concerns about the number of pupils then that it is something they can then talk to the government and local authority about.”

Neil Morris, headteacher at Christopher Whitehead Language College in Worcester, said he did have concerns about the government’s advice constantly changing but said schools needed to return at some point.

He said his school would be as safe as it could be.

“We’ve never been shut so there is a bit of a misconstruction that we are now ‘reopening’.

“We are following the guidelines but it does change by the day. Last week, we had 41 changes from the Department for Education. It is a complex time and it is very confusing.”

Mr Morris said many headteachers were “drowning” under the contradictions between government and some scientific guidance.

“We’ve got to go back some time but we have never really been shut. I don’t see how you can open the High Street and let people play golf and not have schools back. Everything is a bit contradictory at the moment and I hope I lead my school a bit better than the conflicting advice given in these last ten weeks.

“We’re very fortunate that out strength is our size. We can separate and keep people apart. It always struck me as bonkers with what we were doing with these primary schools where social distancing would be nigh on impossible in very small buildings.

“We have got to try and move forward. I am obviously worried about the kids. You start with their safety and the staff’s safety but then you move to the fact that there are some children who are going to need some qualifications because it is a strange old world out there.”