Taxi fares will not rise in Malvern 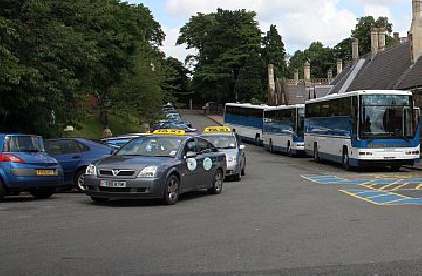 Taxi fares will not be rising in Malvern despite a call by drivers after councillors agreed to freeze prices for at least another year.

Malvern Hills District Council’s executive committee rejected a call by the town’s taxi drivers to put up prices saying the cost of using a taxi was already expensive and fuel prices had dropped.

Councillors rejected a call by by the town’s taxi drivers to put up prices by ten per cent to £4.40 for a one-mile journey last September but agreed to meet to find a compromise.

Cllr Tom Wells, the council’s portfolio holder for community services, said: “We have amongst the highest fares in Worcestershire currently and at the same time the average income in Malvern Hills is amongst the lowest in the West Midlands.

“Also we will all be aware of the recent cut in fuel prices which will help the taxi industry at this time. I’m minded not to go to for an increase having considered all the information,” he told the executive committee at a meeting on Wednesday.

Taxi drivers argued the increase is needed because of the rise in the living wage, inflation and council tax as well as rises in bus and train tickets.

Alistair Smith, trade representative for hackney carriages and private hire taxis in Malvern, said the living wage had risen by 30 per cent since the last fare increase and fares would need to rise by around 15 per cent to cover the cost.

Despite not increasing fares for six years, Malvern already has the most expensive two-mile journey in the county at £6.40.

The national average fare for a two-mile journey is £5.98 according to monthly figures published by Private Hire and Taxi Monthly. The magazine placed Malvern as having the 90th most expensive fare in a table of 358 councils.

Despite rejecting an increase, the cost of hiring a taxi in Malvern is decided yearly and will be back before councillors later in the year.

© Copyright Bob Embleton and licensed for reuse under this Creative Commons Licence.