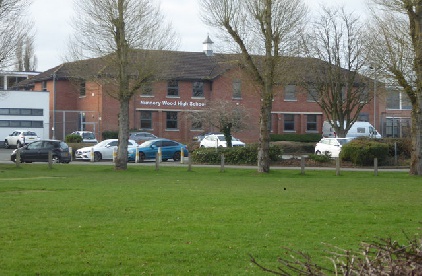 A secondary school will finally be allowed to build an extension to its car park after months of delays.

Nunnery Wood High School in Spetchley Road in Worcester wanted to build a 34-space car park as the over-subscribed school plans to expand by 150 pupils in the next couple of years.

Worcester City Council’s planning committee agreed to allow the building of the car park to go ahead at a meeting on Thursday (May 7).

The school said it wanted to expand its car park to avoid further issues on the already-congested Spetchley Road which is used by students and staff at Worcester Sixth Form College, County Hall and Worcestershire Royal Hospital.

Cllr Roger Berry said: “Clearly there is a problem at the school parking. It’s exacerbated by the success of the sports centre and at times there is a desperate need [for more parking].

“I think the school are doing the right thing in putting in extra car parking and also making a commitment to actually do something to improve the access to the main entrance.

“I think the only issue we have is got is where the car park in relation to adjoining properties and I’m afraid my view is that the properties have excellent long gardens and its not unreasonable.”

A decision was expected to be made on the car park in December last year but was rescheduled to allow for the council’s planning committee to decide on the plan.

The plan was then hit with another long delay after several meetings were cancelled because of the outbreak of the coroanvirus.

In the planning application, Mark Skyrme, director of business and operations at Nunnery Wood, said more spaces were needed to accommodate casual music teachers and part-time exam invigilators and it was “vitally important” the school did all it could to stop people parking in Spetchley Road.

A report by planning officers at the council said the application had indicated “more than sufficient detail” to justify approving it and was considered “well-designed” in addressing existing parking problems at the school.

Neighbours had raised concerns saying the school’s car park was not properly used and there was no need to tarmac over more grass.

Other objectors were also concerned light pollution, if more lights were installed, would effect the privacy of their back gardens and have a negative effect on wildlife.

Image: © Copyright Chris Allen and licensed for reuse under this Creative Commons Licence.