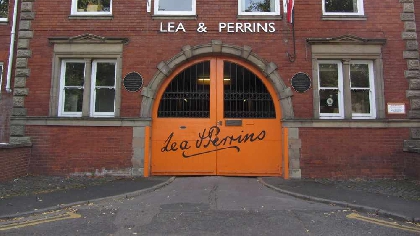 Councillors will be meeting with Lea & Perrins bosses later this week following a call for the famous city factory to be more neighbourly.

City councillors have criticised the famous Lea & Perrins factory in Worcester, home of the legendary Worcestershire Sauce, for ignoring the concerns of locals and abandoning the city in which it was created and is still produced.

Cllr Lynn Denham, who represents Cathedral ward where the factory is located, has revealed she will be now meeting with bosses at the factory alongside fellow ward councillor Jabba Riaz to discuss their concerns.

“Jabba and I will be meeting with the site manager on Thursday,” she said.

“As a result of the story, I have been contacted by other local organisations that really just confirm the past lack of engagement with the brand and city life.

“It’s literally a physical opening of the door,” she added.

“I’m really looking forward to meeting with the site manager and hopeful of a productive conversation that can lead to more community involvement and a better understanding going forward. Hopefully this is the start of something positive.

“Worcester people love Worcestershire Sauce and we want to tell the world how wonderful it is. Worcester people want to celebrate that and value a relationship with that iconic brand and it’s sad because it just hasn’t been there in recent times.

On Monday (September 28), Cllr Denham had said dozens of attempts have been made to build a relationship between the factory in Midland Road and surrounding schools and community centres as well as making it a bigger destination for tourists, all to no avail.

She added there have been many complaints from neighbours about late-night noise which she feels show the factory owner’s complete disregard for the community.

Cllr Riaz had said he was holding out an olive branch to bosses at Lea & Perrins’ owners, Kraft Heinz, to help build a relationship.

Photo:   © Copyright Colin Park and licensed for reuse under this Creative Commons Licence.