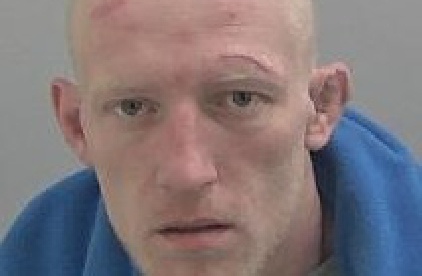 Cooper, 29 years old and from Redditch and no fixed abode, was found guilty on 12 June of robbery at a cash point at Lloyds Bank on Church Green East in Redditch on 27 March 2020.

Cooper received 19 month prison term (18 months for the robbery offence and 1 month for the handling offence, to run consecutively).

Detective Phillip Wood said: “I’m pleased the court have handed Cooper the sentence they have. He targeted an innocent victim and assaulted them while trying to take the victim’s money. When the suspect was arrested he was found with another victim’s bank card.

“I would again like to thank those members of the public who came to the aid of the victim and even chased Cooper. It is great reminder that our community will not stand by while it is attacked by violent individuals and the Court’s sentence is wholly appropriate.”