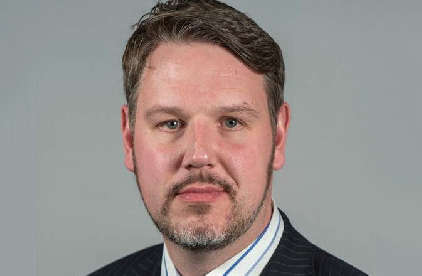 Mr Campion sought views from residents last month on his budget for 2022/23. Over 1,400 people responded to the consultation that highlighted anti-social behaviour, accessibility and visibility of West Mercia Police and road safety as the top concerns.

In the budget proposals, the PCC is proposing further investment in additional police officers to combat the continued concerns around accessibility and visibility of policing in local communities. Having already invested in almost 400, a further 125 officers will be recruited including 15 officers who will join existing Safer Neighbourhood Teams.

PCC John Campion said: “I am dedicated to delivering the best service and have heard loud and clear from the communities of Herefordshire, Shropshire, Telford and Wrekin and Worcestershire about where their concerns lie. I have, as I promised, taken these views to shape this budget proposal. I understand people want a police force they can access and rely on, which is why 125 additional police officers will ensure the benefit is felt in communities across West Mercia.

“In my commitment to making the most of the investment, I am allocating £1 million into preventing crime, and I will ensure that every pound that goes into policing counts. I will work hard to guarantee the force delivers a service that keeps you safe, tackles and works to prevent crime and understands the community’s priorities.”

The draft 2022/23 budget report is available to view via here as part of the second public consultation. Members of the public are once again invited to share their views on whether they support the PCC’s proposals via the consultation before 9am on Monday 24 January.

There is also the opportunity to submit questions regarding local policing and the budget through a Q&A session with the PCC and Chief Constable on Wednesday at 6pm via Facebook.