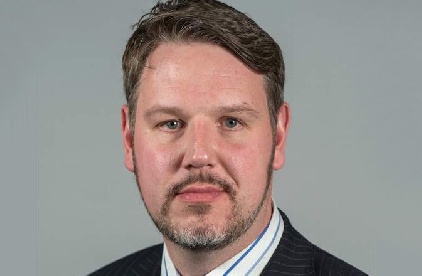 A minister has delayed the Police and Crime Commissioner’s plan to take over governance of the fire service until after next year’s elections.

West Mercia PCC John Campion first presented plans to take over the Shropshire and Hereford and Worcester brigades in 2017, arguing that annual savings of £4,000,000 could be made. Then Home Secretary Amber Rudd agreed, but the fire authorities requested a judicial review.

This week, Crime and Policing Minister Kit Malthouse MP wrote to Mr Campion saying factors including the Covid-19 pandemic ruled out a transfer before the May 2021 polls.

Conservative Mr Campion said he would submit a new business case if re-elected. Labour challenger Kuldip Sahota said he would not pursue joint governance, and called the letter a “slap in the face” to Mr Campion from his own party.

Mr Campion said that, in the two years Shropshire and Wrekin Fire and Rescue Authority and Hereford and Worcester Fire Authority had fought the takeover proposals, “joint governance would have delivered £8,000,000 back into frontline local police and fire services and enabled major improvements”.

He added: “I fully accept, understand and support the minister’s decision. However, it remains the case that joint governance would benefit our local communities and emergency services.

“As such, I will revisit delivering this for our communities.”

Cllr Sahota sits on the Shropshire and Wrekin Fire and Rescue Authority and the West Mercia Police and Crime Panel, which scrutinises the work of Mr Campion.

In January, he was nominated as Labour’s candidate for the PCC election. Originally due to take place in May this year, The Coronavirus Act postponed it until May 2021.

Reacting to Mr Malthouse’s letter, Cllr Sahota said: “At last common sense has prevailed and this is a slap in the face of Mr Campion from his own Tory Government on his flagship policy of expanding his empire.

“The PCC should concentrate on running the police; the fire department should be left to run as it is.

“If I am elected PCC next year, I will not be taking over the fire authorities and I will be listen to the voices of the people.”

He said independent auditors have described both the fire authorities as well run and providing value for money for taxpayers, and said a local newspaper survey, conducted in Shropshire in 2018, showed 72 per cent of people opposed it.

However, in a three-month consultation, carried out by Mr Campion’s office, 61 per cent out of 1,300 respondents supported the proposal, and the majority of those of in favour said finances were the reason.

In their judicial review, the fire authorities argued Ms Rudd hadn’t considered the public safety implications of joint governance and had not applied the proper tests.

Last July, Mr Justice Garnham ruled that Ms Rudd had not followed the required tests fully, but would have come to the same decision had she done so, and had considered public safety.

Mr Malthouse’s letter, sent on Thursday, June 18, welcomed the court’s decision but added: “Some time has now passed since the approval decision in March 2018 due to protracted legal proceedings.

“It is right that we take stock of any significant developments that may affect the business case and reconsider whether the proposal is still in the interests of the statutory tests.

“Unfortunately, both the exceptional circumstances relating to Covid-10 and the timescales involved in considering a business case and implementing the necessary legislation if the Home Secretary approves the proposal, mean it will not be possible for the department to make a transfer prior to the elections in May 2021.”

He said he remained “strongly committed to supporting PCCs to take on fire governance where a case exists” and supported close collaboration between emergency services generally.