Paramedics ‘brought to their knees’ by huge handover delays 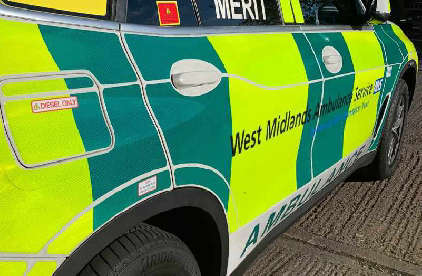 Exhausted hospital staff and paramedics have been ‘brought to their knees’ by huge handover delays, an investigation has found.

A report by Worcestershire County Council has described the toll that long delays has taken on staff and patients and how the region was one of the worst performing in the country when it came to ambulance handover delays at the end of last year.

The average handover at the Alex in Redditch took around 16 minutes compared to the huge average wait of one hour and 45 minutes at Worcestershire Royal Hospital.

At points, the delay in handover time from ambulance to hospital was twice as bad in the West Midlands than in the East Midlands and was worse than the rest of the country combined, according to the scrutiny report by the council’s health and overview scrutiny committee.

Health bosses in the region have now outlined how they will cut delays to the amount of time it takes for patients to be transferred from an ambulance to hospital including ensuring the right people are attending A&E and making sure patients leave on time when they are fit to do so.

At the end of October last year, there were 205 people still in hospital 24 hours after they were judged as medically fit to leave.

Significant concerns were raised in the report with many exhausted staff said to be “on their knees” and reduced to tears by work and left unable to take time off.

Paramedics were often finishing four hours after shifts were supposed to end and while used to attending a job every 90 minutes where now left carrying out only a single job across a 12-hour shift because of the huge handover delays.

In October last year, during the period councillors were looking at, a patient died after waiting more than five hours in the back of an ambulance outside Worcestershire Royal Hospital and a month later, a mother and her dead baby were left waiting in an ambulance for more than an hour because of delays.

The council’s report said the region’s ambulance service had reported that serious incidents had increased “fourfold” in the past 18 months and audits of avoidable deaths were carried out and “whilst not huge, the numbers were there.”