Nurse jailed and struck off over indecent images of children 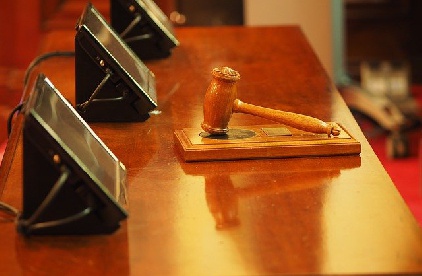 A nurse and paramedic was jailed and struck off after being found guilty of downloading almost 1,000 indecent images and videos of children – including some of the most serious abuse involving a two-year-old child.

Steven Gill who was a registered paramedic but was employed as a nurse by Worcestershire Acute Hospitals NHS Trust was found guilty of possessing and distributing almost a thousand indecent images of children in December 2018 including 98 images showing the most serious abuse involving very young and vulnerable children.

Birmingham Crown Court was told in 2018 how Gill had been accessing the images and videos for two years on personal devices using several different email addresses.

Gill was arrested in August 2017 on suspicion of possessing and distributing indecent images of children and referred himself to the HCPC in November saying he was currently employed as a nurse by Worcestershire Acute Hospitals NHS Trust and his last post as a paramedic had been taking occasional work as a self-employed ‘event’ paramedic.

Gill pleaded not guilty to possessing and distributing indecent images of children at Birmingham Crown Court in 2018 and maintained his innocence when the tribunal met in February this year.

Gill told the tribunal he was “ashamed and embarrassed to have been involved” telling the panel that his conviction was a “gross and inexplicable departure from character.” He later told the panel he had “inadvertently” downloaded the images and his mistake was not reporting the images as soon as he had encountered them.

Gill told the panel that whilst he accepted he could never be a paramedic again he would “always wear green” in his heart.

Gill was also placed on the sex offenders register for ten years and was made the subject of a sexual harm prevention order (SHPO) for five years.
An interim suspension order was put in place for 18 months from May 8 to allow an appeal to be lodged and determined if Gill wished to do so.