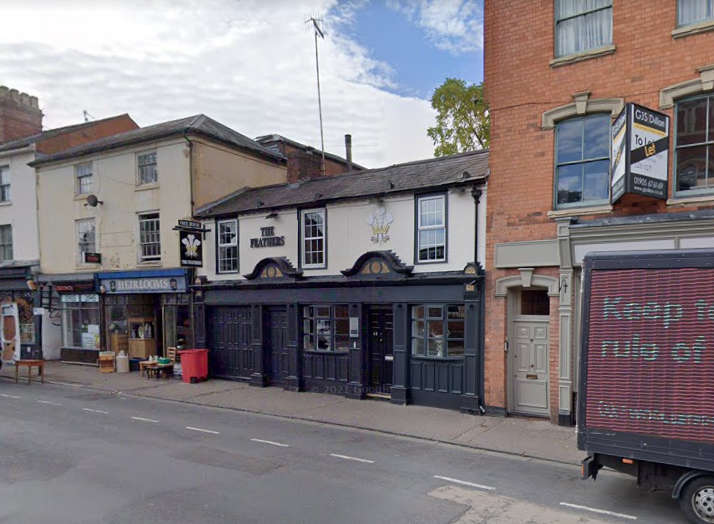 Neighbours have objected to a plan by a city pub to open a new roof terrace saying the potential noise would be distressing.

The Feathers in The Tything in Worcester has put forward a proposal which would see a new enclosed roof terrace built on an existing flat roof in the back garden of the pub.

Several objections have been raised by neighbours in nearby Britannia Square and Albany Terrace saying noise is already a problem and a new terrace would make the issue worse.

In an objection to Worcester City Council, Britannia Square Residents’ Association said: “The proposed first-floor garden at the Feathers will not enhance the environment and has the potential to cause significant nuisance and distress to residents living nearby.

“The Feathers is situated within a residential area comprising both long-established properties and newly-converted apartment accommodation.

“Residents already endure significant noise nuisance from inside the venue and noise created on an external terrace would create an even greater nuisance.

“The height of the terrace will allow noise to carry to nearby properties and the proposed plastic screen will not be soundproof and poses a public safety risk.”

John Ball of Britannia Square said building the garden roof terrace “filled him with dread” and hoped the plans would be rejected.

“I have on many occasions over the last few years been disturbed by the loud music and noise from the Feathers pub, particularly when they have a live band performing,” he said in an objection to the council.

“That is in the current situation, where the bands are playing inside the building. This noise often continues until one or two in the early morning, apparently with no consideration for neighbours.”

Another objection from a neighbour said the new roof terrace would make life “intolerable” because of the increased noise.

A statement by Nick Carroll Architects on behalf of pub owner Justin Call, said: “The space, while satisfying immediate user needs, also respects the environment by being totally enclosed so that no one can look in or look out of the space or overlook or be overlooked by neighbours.

“The hours of occupation of this external space will be limited in evenings to avoid any exacerbation of noise concern with the neighbours.”