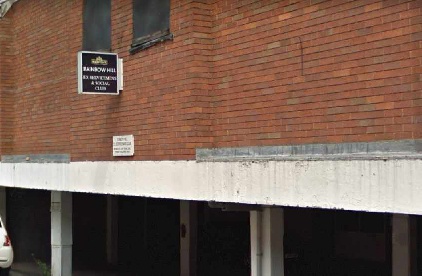 Dozens of neighbours have objected to a plan to demolish a former working men’s club for flats over fears it would be overbearing and add to parking woes.

Rainbow Hill Working Men’s Club in Mayfield Road in Worcester, which has been vacant since July last year, would be demolished and replaced with 22 new flats across two blocks under plans by developer PM Finishers.

More than 15 objections were made to Worcester City Council against the plan during public consultation.

Antonio Urosevic of Mayfield Road said the flats would be overbearing and out-of-character for the area and would impinge on his privacy.

“Mayfield Road is already a busy and congested road and school route, with restricted speed limit; this additional concentration of traffic is highly likely to incur further traffic problems, increased parking difficulties and create a safety hazard for other motorists, school children and pedestrians,” he said.

Objector Andrew Bailey, also of Mayfield Road, said: “A three-storey development to the back of the site would be unacceptable because it would overlook properties, block sunlight and would have a harmful effect on the character and appearance of the surrounding area.

“I do believe that the site could benefit from being developed into residential properties, but the plans currently submitted would offer no benefit and would have a negative impact on residents and the surrounding area.”

Sam Powell of Mayfield Road said 22 more cars on an already busy one-way street which has double yellow lines would be concerning.

The club closed last summer due to falling membership numbers and has been empty ever since. The “unattractive” building had since become the setting for anti-social behaviour including drug taking in recent months, according to PM Finishers.

A total of 16 one-bed and six two-bed flats across three floors would be built as well as 22 car parking spaces.

Graham Burton of Astwood Road said he supported the plans.

“If this building and construction gets turned down it will be left to vandalism and squatters getting in and who knows what this could lead to, so let’s get this eyesore sorted out as soon as possible please,” he said.

Judith Martin of Mayfield Road said one of the blocks would overlook her home and “severely compromise” her privacy.