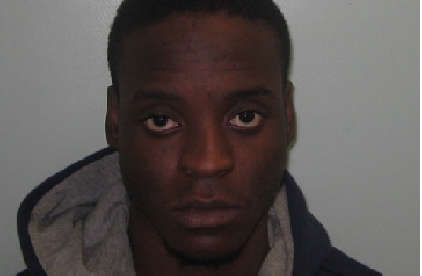 A Birmingham man sentenced to more than five years for drugs offences after he pleaded guilty at Worcester Crown Court.

Shadrach Tapper, who is 29 years old and from Ashley Close in Birmingham was arrested on 17 November 2020 in Redditch by the North Worcestershire County Lines Team when officers acted on information they were given by the public.

The information they received led to an investigation into a ‘county line’ dealing drugs from Birmingham into Redditch called the ‘Marlow Line’. On 17 November detectives acted on information received that Tapper, who considered to be playing a significant role in the county line was at an address of a vulnerable drug user in the Redditch area.

Following his arrest, detectives discovered that Tapper was actually in charge of the Marlow Line which had been dealing drugs into Redditch for some considerable time.

Tapper was convicted of being concerned in the supply of crack cocaine and heroin and was sentenced to 67 and half months in prison.

Detective Constable David Laver said: “Disrupting the Marlow Line which has been distributing drugs into Redditch will go a long way to protecting many young people who are often vulnerable and keep them from being further exploited. A County Line that ruins people’s lives and causing untold collateral damage.

“Tackling drugs and organised crime is a force priority for West Mercia Police and we will continue to pursue those involved in these offences and the associated harm such as criminal exploitation, cuckoo-ing and street violence in Redditch and across North Worcestershire.”

“Our team work tirelessly identifying gang members such as Tapper and preventing his distribution of drugs into our community. But much of our work and intelligence comes from our communities who have had enough of picking up the pieces of lives destroyed by drugs and the criminal activity that surrounds them.

“I would ask anyone who is concerned that drug dealing is happening in their street or town to please contact us, or Crimestoppers and we will investigate. We are determined to keep people safe and protect them from harm and working together we can achieve this and put people like Tapper in prison.

“I welcome Tapper’s sentence which is a warning to those County Lines dealers coming into our towns and villages that when you are arrested and charged, you can expect a significant prison sentence."