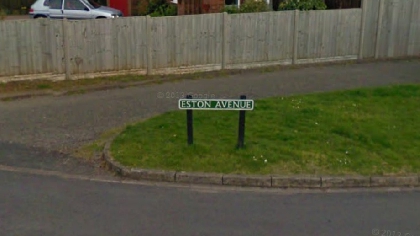 A new study has shown the huge difference in deprivation across Malvern with the odds of a better education and higher-paid jobs dropping dramatically simply by crossing the road.

Neighbourhoods to the north and south of Guarlford Road in Malvern have very different chances in life, according to new government figures, with homes mere metres apart facing completely different levels of deprivation and quality of life.

District councillor Samantha Charles said government investment was vital to protect Malvern’s future and reduce the “ever-widening” gap between the rich and poor.

Homes in Eston Avenue and Hasting Roads, as well as several other streets to the north of Guarlford Road, were ranked as one of the least deprived areas in Malvern Hills, second only to Lower Wyche.

But it is a different story entirely for the neighbourhood to the south of Guarlford Road where the homes between Poolbrook Road and Mill Lane were ranked as the fourth most deprived area in Malvern.

The government’s ‘indices of deprivation’ has, for the first time in five years, combined almost 40 statistics in every area of Malvern Hills looking at wages and employment, skills and qualification, physical and mental health, risk of premature death, crime, access to housing and other services as well as air quality and living environment.

The most deprived area in Malvern Hills based on overall scores was the neighbourhood off Pound Bank Road which includes Moat Way and Oak Crescent.

The area scored poorly for low wages and unemployment, a higher risk of crime and poor health with people living there having some of the biggest barriers to accessing housing and other services in Malvern Hills. It was also ranked the neighbourhood with the most deprivation amongst the elderly.

Cllr Samantha Charles, who represents the Chase ward in Malvern, said: “The latest indices of deprivation figures show the ever widening gap between the standard of living and opportunities open to residents in different areas of Malvern, often only a few metres away from each other.

“Minimum wage, zero hour contracts, rising unemployment, the rollout of universal credit and state pension freezes, the lack of state funded higher education and apprenticeships, coupled with extremely high rents and house prices in our area, mean that many younger families are unable to achieve what people took for granted only a generation ago.

“Government investment is vital now to protect our future and reduce the ever-widening gap between richest and poorest people in our communities. “

The area in Lower Hoswell including Queen Elizabeth Road, Duke of Edindburgh Way and Summerfield Road was deemed the third most deprived.

Homes to the south of Guarlford Road between Poolbrook Road and Mill Lane were classed as the fourth most deprived with homes to the east of Old Street off School Lane and Rectory Lane the fifth most deprived.

Taking all the data into account, each area of Malvern was given a score – with the most-deprived area off Pound Bank Road scoring 52 – where the higher the score, the more deprived the area is deemed to be – with parts of Lower Wyche, seen as the least-deprived, scoring just five.