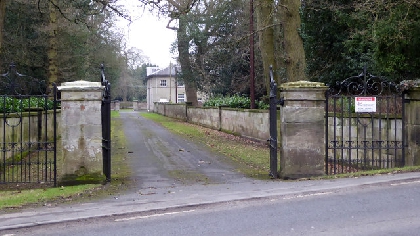 A country house and gardens looks set to be preserved as part of a major renovation to turn it into a tourist attraction, new plans reveal.

Ombersley Court, which was bought in a multi-million-pound deal by local businessman Tim Hopkins, will be renovated in order to protect the history of the listed buildings and grounds.

Plans for a huge restoration were first put forward last September but have now been split into four stages following discussions with Wychavon District Council and Historic England.

The first of the four stages will see the estate’s grade II-listed stable block and walled garden renovated so it can be opened up to the public.

The next three stages will see much-needed restorations to the estate’s main house, grounds and garage.

Plans show a hope to include a museum and cafe and hold events throughout the year as part of the work to open the estate to the public as a tourist destination. Parts of the estate could also be hired out.

The site was bought by county-based businessman and chief executive of the Gemini Group Tim Hopkins, whose group also purchased The Elms Hotel in Abberley last year.

The estate was built in the 18th century for the 1st Lord Sandys and remained with the same family for almost 300 years. It was sold after the most recent Lord and Lady Sandys died without an heir.

Historic England said the house was a “heritage asset of the highest significance” and whilst welcomed the overall aims of the project wanted far more detailed information submitted and see more safeguards put in place before it could officially endorse the plan.

Ombersley and Doverdale Parish Council has welcomed the plans.

“As with the previous applications, these revised applications are very comprehensive, as one would expect for an application on this important house and gardens,” the parish council said in a response to the planning application.

“The restoration of the property and grounds in the manner proposed will be of great benefit locally and further afield.”

The plans can be viewed via the planning section of Wychavon District Council’s website.

Consultation ends on May 22.

Image: © Copyright Chris Allen and licensed for reuse under this Creative Commons Licence.