Developer hits back after criticism 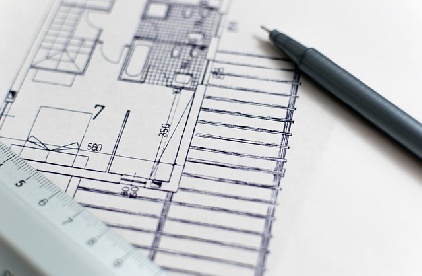 A developer has responded to criticism of its huge multi-million-pound redevelopment of part of the city centre.

Godwin Developments, alongside city-based Lowesmoor Wharf Developments, has hit back after its £85 million plans to build apartments, shops and restaurants in Lowesmoor in Worcester were called “totally unsuitable” and “derisible” by Worcester Civic Society.

The major revamp of Lowesmoor Wharf would include bars, restaurants and cafes, shops, hundreds of apartments and offices to create a new bustling canalside destination in Worcester – but some have criticised the plans for wanting to knock down several buildings and for being too big.

Godwin Developments said the development would offer a “modern interpretation” of the canalside area and would keep some historic buildings.

The developer added it was was happy to have “constructive” talks with locals.

A spokesman for the developer said: “We fully acknowledged the unique heritage of Worcester, the character of the city and the significance of the conservation area in the Canalside quarter.

“Over the past two years we have worked diligently and consulted extensively with local planners, community and beyond to create a new destination for Worcester – one that respects both the historical context of the area and architecture of the city – but also responds to the ambitious

‘A vision for Worcester’ masterplan.”

Dozens of new buildings would be built including a 12-storey, nine-storey and a couple of seven-storey buildings.

Several buildings would be demolished to make way for the huge scheme including Vesta Tilley House, The Bridge Inn pub and Lowesmoor Dental Practice.

Britain’s Heritage said the work would “substantially harm” the character of a historic Cathedral city. Another objector said the plans would “architecturally rape” the area.

“Through our engagement work and collaboration with architectural practice Apt, we have been able to produce a comprehensive plan that succeeds in delivering a nationally leading scheme. It offers not only a modern interpretation of the site but also retains historic buildings – the

Portmasters House and Warehouse Buildings – which will be refurbished to form an integral part of our scheme,” the spokesman added.

“The development will also pay homage to the canal history of the area, through the establishment of water features to mirror the historic layout of the canal. Our scheme also opens up the wharf area of the canal, creating a landscaped area for the public to use.

“Our designs have taken a strong cue from the local architectural heritage and through the use of materials, colour palettes and a tiered height system, we have ensured that the scheme fits well into its location. Its scale has also been carefully considered and will not spoil key vantage points across the city.

“We are confident that our scheme will not only fit well into the local area but will also upgrade and regenerate it for the future – delivering a well thought out new community and living space which has been developed with sustainability and accessibility in mind. Lowesmoor Wharf is therefore set to be a significant asset for the city for years to come – bringing investment and income, creating new homes and jobs that are essential for a thriving Worcester.”