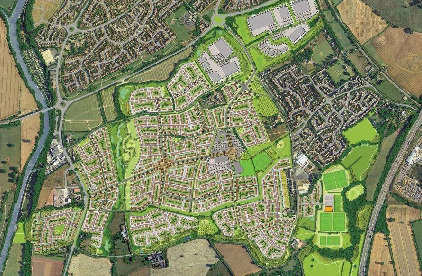 A decision to reject a plea for much-needed funding for the NHS from a major developer building thousands of homes in Worcestershire has been called “madness” by a councillor.

Worcester City Council’s planning committee rejected the plea by Worcestershire Acute Hospitals NHS Trust for £1.84million from developer Welbeck Land – which is building more than 2,200 homes to the south of the city between St Peter’s and Kempsey.

The hospital said the money, which had already been rejected by Wychavon District Council’s planning committee, would be used to ensure new and future patients were cared for properly and to prevent the already-packed hospital from becoming even more oversubscribed.

Council planning officers had warned that if more money was given to the hospital trust it would be at the expense of the number of affordable homes that would be built.

City councillor Alan Amos called the decision “madness” and said fewer affordable homes was a compromise worth paying for the county’s hospital to receive more money.

“This is for up to 2,204 dwellings and so we are talking about between 8,000 and 10,000 people… the hospital trust cannot cope with the current population,” he said during a city council planning meeting at the Guildhall on Thursday (October 28).

He said the “satellite” developments may not be built within the city boundary but the people who lived there would be using Worcester for services and facilities and if there was a chance the acute trust could get the money then the council should pursue it due to the “enormity of the problem.”

Cllr Jenny Barnes said the money would be available to the hospital from the government when the homes were built.

She said: “Whilst I do truly believe that more money should go into the NHS, I don’t think it should be at the expense of affordable housing for those who people who desperately need it.”

Cllr Pat Agar said it was heart-breaking to have to say no to the NHS but was happy that funding would be made available elsewhere for the hospital once the homes were built.

Planning applications – particularly large-scale proposals – are usually approved in principle before planners and the developer work out funding agreements – known as section 106 money – to pay for infrastructure such as bus routes, schools, community centres and parks.

It is one of several requests made by the county’s hospital trust to the three south Worcestershire district councils in recent years for money from developers – all of which have been rejected.

The hospital trust made a request for £3.4million in 2019 – which came as a surprise to council officers – which was rejected by all three planning committees over fears it would damage years of challenging contract discussions between the councils and the developers as well as jeopardise agreed funding in other areas.

Council planners, as they did in 2019, have said the hospital trust had left the request for funding contributions too late and allowing the extra money to be paid to the hospital would mean existing agreements would have to be renegotiated.