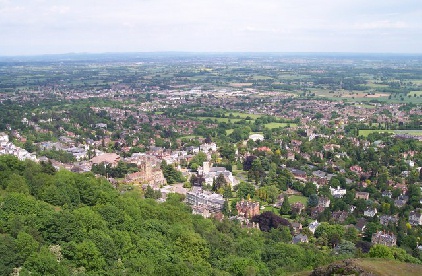 The number of crimes reported in Malvern in October dropped by almost 40 per cent compared to a year earlier, according to the latest figures.

A total of 193 crimes were reported across Malvern in October this year compared to 314 crimes in October 2019.

A total of 314 crimes were recorded in October 2019 including 107 instances of anti-social behaviour and 117 reports of violence and sexual offences.

In all three policing areas in Malvern, the most frequent type of crime recorded in October this year was violence and sexual offences followed by criminal damage and arson then followed in third by shoplifting.

During the month, there were seven reports of vehicle crime, two bike thefts, 13 burglaries, two reports of a possession of a weapon which could include a knife or a gun, 15 reports of shoplifting, two robberies and three drug offences.

The number of reported crimes of anti-social behaviour in Malvern saw such a drop that the category was not highlighted as one of the most common crimes on West Mercia Police’s crime map in October.

The figures, provided by West Mercia Police, also show where the most crimes were recorded in Malvern during the month.

Eight crimes were committed in or around Goodson Road including shoplifting, criminal damage and arson and bike theft which was the most in one place in Malvern during October.

The area with the second most amount of crimes recorded in Malvern during October was in and around Watkins Way, in the Priory and Malvern Wells area, with a total of eight crimes recorded including violence and sexual offences, criminal damage and arson and one public order offence.

The police’s statistics on recorded crimes are split between three areas in Malvern which are Link and Dyson, Pickersleigh and Chase and Priory and Malvern Wells.

The area with the most recorded crimes in Link and Dyson was the area in and around Goodson Road where eight crimes were recorded including violence and sexual offences, shoplifting, criminal damage and arson, bicycle theft as well as two ‘other’ crimes which could include theft by an employee, blackmail and making off without payment.

The three most common type of crimes recorded in October 2019 was violence and sexual offences, anti-social behaviour and lastly criminal damage and arson.