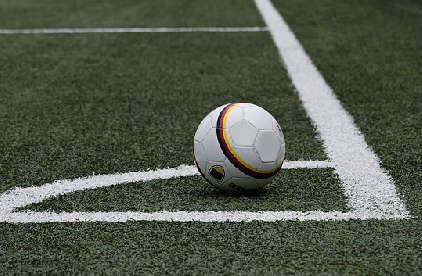 The council is set to review its plans for building new football pitches in the city.

Worcester City Council has revealed it will be paying up to £10,000 to revisit its now two-year-old study which looked at bringing a new all-weather sports pitch and futsal facility to Perdiswell Leisure Centre.

The council carried out a study at the end of 2019 looking at whether it would be possible to open the new facilities next to the city leisure centre off Bilford Road but the costs used in the report are now out-of-date and need reviewing.

Five-a-side pitches next to the leisure centre have also been brought back into use since the studies were carried out which could affect whether a futsal – an indoor, five-a-side game played using a smaller, low-bounce ball – facility is built.

The council agreed to fund a £25,000 study in 2018 to look into installing an all-weather sports pitch and futsal pitches at the city’s Perdiswell Leisure Centre which should have been published and discussed by councillors in late 2019 but was put on the backburner to focus on other projects.

During the time the study was being carried out, the Football Foundation – the charity responsible for channelling government, FA and Premier League money into grass roots football – published a report highlighting the need for smaller football pitches and an all-weather facility in Worcester.

Worcester City has since moved into new facilities at Claines Lane and state-of-the-art all-weather hockey pitches are nearly built on land off Droitwich Road.

Top of the list for potential improvements that could receive FA or government funding in the future, and the main priority for the city, would be a new full-size floodlit pitch and indoor futsal facility at council owned ‘key site’ Perdiswell, the document said.