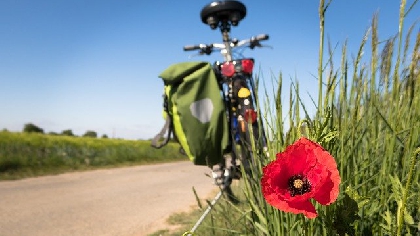 A council bid for government cycling money labelled “poor and inadequate” has been defended after facing further criticism.

Worcestershire County Council submitted a bid to the Department for Transport with a hope of getting its hands on £1.3 million to create extra space on the roads for cyclists – including pop-up cycle lanes, pavement widening, safer junctions and bus-and-bike-only areas.

City cycling campaigners Bike Worcester said the council’s bid was “inadequate” and did not go far enough to address the government’s key aims.

The council’s bid was discussed by the county council’s economy and environment overview and scrutiny panel at a meeting on Friday (June 19).

Despite several questions regarding the bid, Councillor Alan Amos, the council’s cabinet member for highways, said he would not be “comprehensively” addressing the concerns and would be doing so properly at a later date.

However, the bid was defended by the county council’s director of economy and infrastructure John Hobbs who said the council was building on the information it already had and on projects it was working on.

Mr Hobbs said the council had struck a “good balance” in the bid.

“What we are proposing is temporary with a chance to prove that it has permanent potential.

“I am hopeful that our bid is interesting enough to garner that cash.”

He said people are most likely to be attracted to cycling when the weather was nice and those who needed to go shopping or drop their children off in the bleak mid-winter would most likely use a car.

“Cycling has become more a of a thing, but in the leisure sector,” he said.

He said the council was not interested in ‘leisure’ cycling and the focus on the upturn in people on bikes seemed “specious.”

“What I understand the policy is to create choice without necessarily disadvantaging any mode of transport,” he said.

Mr Hobbs pointed to a recent survey by the RAC which showed many would return to the car as they saw it as a “safe bubble” after the lockdown.

“It would be ironic if we took up highway space to disadvantage those people to accommodate a set of cyclists who don’t appear,” he told the committee.

“If we were to spend £270,000 on temporary stuff that we then take off the road because it needs to go, because by its very nature it is temporary, that is not a particularly efficient thing to do when we don’t even know how it will be used.”

A dozen speakers addressed the committee at the start of the meeting disappointed by the council’s bid.

Cllr Matthew Jenkins said whilst the council said it needed to balance all transport across the county, he believed years of underfunding was not giving residents the freedom to choose which mode they used fairly.

Having disputed the figure of cyclists in the county quoted by Cllr Amos as between one and two per cent, Cllr Jenkins said he believed at least a quarter of the county cycled regularly but the council should be encouraging more to cycle and beyond the 60 per cent of people that cycle in Cambridgeshire.

He said the bid showed a “real lack of ambition”.