Buddhists may have to repaint temple 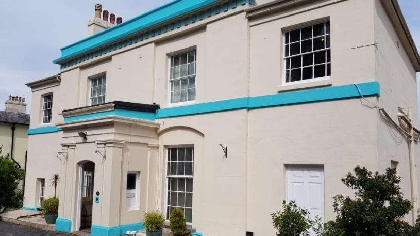 Buddhists may be forced to repaint their Malvern temple if plans are not backed by the council.

The recently renamed Bright Earth Buddhist Temple in the town’s Worcester Road was repainted from red to turquoise last year to reflect a change in affiliation but was done without planning permission.

The temple has now had to apply to Malvern Hills District Council for retrospective permission which could mean the temple has to return to its original colour if the plans are not approved.

Parts of the building were already painted red – the main colour associated with Amida Shu – before it became a temple meaning it did not need to be changed.

A statement included with the application said the brighter colour represented change and a new beginning.

“It has been important to show a clear differentiation from that community since then: hence the change of name, new sign and temple logo and so on,” it said.

“In Buddhist colour theory turquoise represents awakening and wisdom. For this community – where there is a strong impulse for taking care of the earth – the blue also stands in for the predominant colour of the earth as seen from space.”

“The proposed works will restore the integrity of the render and restore the appearance of the front of the building into a good condition. The new highlight colour is an attractive highlight to the existing building and does not detract from any special interest of the site.”

One objector in Worcester Road said: “Whilst I appreciate the application is from a Buddhist temple and turquoise is a colour they use, I feel the turquoise colour is not at all in keeping with the surrounding buildings in the road.

“It is far too bright and gives a rather garish appearance to the building. All other buildings and shop are painted in much more subdued colours which partly reflect how the buildings would have been when originally constructed.

“I’d like to see this maintained in the appearance of all the buildings, regardless of their purpose.”