Appeal for witnesses after assault in Kidderminster 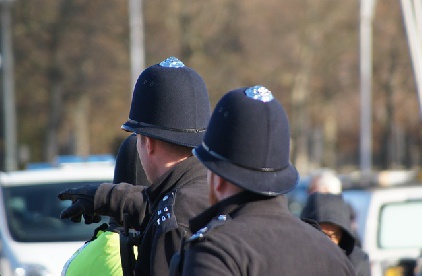 Police are appealing for information and any witnesses following reports of an attempted robbery in Spennells, Kidderminster on Sunday 17 May.

The victim, a man in his 20s from Kidderminster passed by two men in an alleyway between Warbler Place and Dunlin Drive in the Spennells area of Kidderninster around 9.15pm. After they had passed by him, he was struck in the back of the head and then assaulted repeatedly on the ground as they tried to pull his rucksack from him.

PC Jones said “The victim was able to keep hold of his bag and they eventually ran off in the direction of the mini roundabout at Dunlin Drive.

“Both suspects are described as white, wearing full dark grey Adidas track suits with their hoods up. They were both in their late teens (maybe early twenties), about six foot tall and both of medium build. One of the men had a thick silver wedding band style ring on his right ring finger.

“Anyone with any information about this unprovoked and violent attack is asked to contact West Mercia Police on 101, quoting incident number 0781s of the 17 May 2020.”

Information can also be given anonymously to the Independent Charity, Crimestoppers, by calling 0800 555 111 or by visiting their website: www.crimestoppers-uk.org