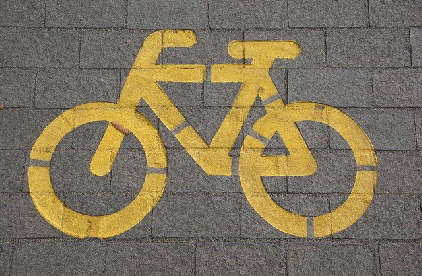 A multi-million-pound plan to improve walking and cycling in Worcester will be sent to the government for approval after receiving the support of councillors.

The list of measures revealed by Worcester City Council includes more than seven miles of new and upgraded walking and cycling routes, the multi-million-pound Kepax Bridge across the River Severn from Gheluvelt Park, new secure cycle parking and a proposed bike hire scheme – which is likely include electric bikes.

The plan was backed by Worcester City Council’s policy and resources committee at a meeting in the Guildhall on Tuesday (March 22) and will now be sent to the Department for Levelling Up for approval.

The work ties in with investigations commissioned by the council which has recommended creating new and upgraded cycle routes to tackle the “long standing issue” and “major inconvenience” of congestion caused by cars on Worcester’s roads.

The report also highlighted a need for more walking and cycling routes in ‘car dominated’ Worcester – particularly in the city’s more deprived areas – and with “limited opportunities” for expanding roads, it would be cycling and walking routes that needed to be developed to accommodate the growing population.

“Canal towpaths are not adequate cycling infrastructure nor are they local transport note (LTN) compliant,” she said.

“And unless we are going to encourage the county council to make adequate provision on the roads for safe, segregated cycle lanes, I fail to see where people will be using these hired bikes because we have a public space protection order (PSPO) in place preventing people from using them on the High Street.

“So where are we planning to ask these people to cycle?”

Dan Brothwell from city cycling campaign group Bike Worcester, who also spoke at the meeting, said: “67 kilometres of cycle network in Worcester sounds like an impressive figure but there’s no comment on the quality of this provision.

“If the routes are scored on continuity, directness, connectivity, comfort, physical barriers, segregation from motor vehicles and pedestrians and width, most of it is poor which then links to why it isn’t used.”