£30,000 to spruce up tired buildings in Worcester 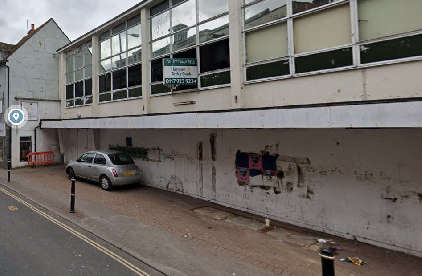 Money will be made available to encourage landlords to spruce up some of the city centre’s tired and empty buildings as part of major regeneration work.

Worcester City Council will be offering up to £30,000 to the owners of buildings in Worcester’s Angel Street and The Cross as an incentive to invest and attract new tenants.

The deal forms part of the council’s regeneration of the area which was made by possible by a successful almost £18 million bid to the government.

The scheme will be open to the owners – and some tenants – of buildings in the two city centre streets and will cover up to three-quarters of the total cost of the improvement work.

The council is accepting applications from groups of businesses and individuals looking to smarten up shared shopfronts and communal areas as well as help fill as much empty space as possible.

Cllr Lucy Hodgson, chair of the council’s place and economic development committee, said: “This is a fantastic opportunity for businesses in the Angel Place and The Cross areas to improve the appearance of their property, with up to three quarters of the cost covered by a grant from the city council.

“This offer is part of our wider plan to regenerate the area around Angel Place by improving its leisure, cultural and entertainment offer in a bid to attract greater numbers of visitors and shoppers.”

The city council was awarded £17.9 million from the Government’s Future High Streets Fund at the end of last year to regenerate the northern side of Worcester city centre.

The work means the area around Angel Street and Angel Place, The Foregate, The Cross and Trinity Street will be completely regenerated to create an ‘urban neighbourhood’ focusing on new shops, cafes, restaurants and bars as well as other cultural facilities, some family-friendly attractions as well as housing and office space transforming it into a ‘destination’ for young people and families.

Over the next five years, the historic Scala Theatre and neighbouring grade II-listed Corn Exchange will be brought back into use as an arts venue.