24 weeks in prison for man who strangled police officer 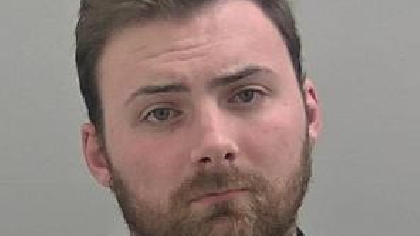 A 23-year-old man who strangled a police officer has been jailed for 24 weeks and ordered to pay £150 compensation.

James Bateman, 23, of no fixed abode was sentenced at Kidderminster Magistrates Court yesterday after admitting assaulting an emergency worker.

The charge relates to an incident in a pub on Austin Road in Bromsgrove on Saturday afternoon (8 February). Officers were at the pub after receiving a call raising concerns around Bateman’s behaviour. When they spoke to him he became agitated and the officers needed to restrain him, however he grabbed hold of an officer and strangled him.

Thankfully the officer did not require hospital treatment but was cared for by the Ambulance Service for injuries to his throat and face.

Chief Inspector Edward Hancox said: “Whilst we go into the role of a police officer knowing there is a risk of violence the reality of incidents like this never fails to shock.

“Our frontline officers are the people our communities look to to keep them safe and secure and assaults such as this will simply not be tolerated. I’m pleased the seriousness of this incident has been reflected by the custodial sentenced issued at court yesterday.”