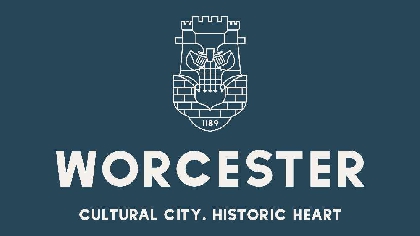 Tourism contributed more than £179 million to Worcester's economy in 2018, according to figures released today by the City Council.

The data, compiled by The Research Solution on behalf of Worcester City Council, shows that tourism is a significant contributor to employment in the city. It is based on 2018 data with 2019 national figures available later in 2020.

A total of 3,635 people are employed in the city in industries including accommodation, retail, catering, entertainment and transport. That's an 8.5% increase on the 2015 figure of 3,351. Tourism accounted for 6.4% of all employment in the city in 2018.

Councillor Lucy Hodgson, Chair of Worcester City Council's Place and Economic Development Committee, said: "Attracting visitors to our beautiful city makes an important contribution to our local economy and it's very good news that Worcester is growing tourism at a time when most of the rest of the country is seeing a decline.

"Worcester has so much to offer – from many high quality visitor attractions to the beautiful riverside, and from great sport venues to an appealing blend of national and independent shops, cafes, restaurants and bars.

The data covers the period during which the City Council took on responsibility for promoting Worcester tourism.

A new Tourism Strategy was launched in January 2017 and since then the council has committed a delivery budget of £147,400 to attract visitors to the city.

A new Visit Worcester branding has been launched in partnership with the City Council and Worcester BID (Business Improvement District) alongside a new website at www.visitworcester.co.uk.

The City Council's tourism team has been promoting the city at trade shows across the country, with a particular focus on attracting more coach trips.

2020 is shaping up to be another successful year with various exciting events including the Love Worcester Festival in February half-term and the return of The Three Choirs Festival in July, along with exhibitions at the city's Art Gallery featuring the work of Jane Austen, Rembrandt, Picasso and artistic creations made entirely from recycling.